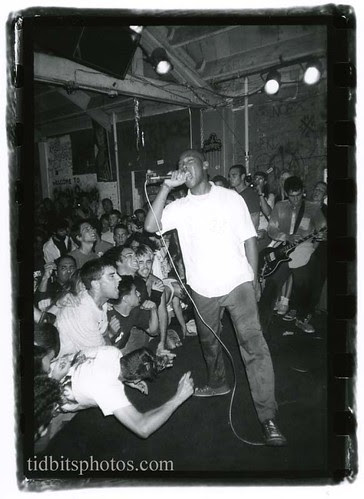 I've had this photo of Swiz up on my flickr site for a while now. The other day a new comment showed up that made me feel very old. Here's the comment:
"Wish I was alive back then...... Looks like a helluva lot of fun."
How can one not feel old when someone mentions that they weren't even alive for something you witnessed. But let's face facts, this year marks the 20th anniversary of me making this photo. That's a long time. A whole hell of a lot has gone on and changed in this world since the night I snapped this shot. Makes ya think a bit.
It also make me think back to this show. It was a great show back then, but as time passes, looking back, it seems like it was one of thos epic shows that you can make other people jealous by telling them "I was there." The line up for the show was Inside Out, America Standard, Swiz, Shudder to Think, and Gorilla Biscuits. Yeah, it was good. Shudder to Think was the only band I didn't snap photos of. I think I went to eat or something.
The whole thing started for me with Josh Stanton picking me up early in the morning. Drew Traulsen may have been in the car already, or we picked him up soon after. We stopped by and picked up Mike Madrid, who wasn't ready when we arrived. So we went into his house, having to step over members of Judge, Youth of Today, and Bold, while we waited for Mike to get ready. Those bands were all staying at his house, as they had many times. They were in town for the "last" Youth of Today show which was to take place a couple of days later at Fender's Ballroom. We met up with the Goodson brothers and made a great two car caravan trip up to Berkely. Tomfoolery ensued and that helped the miles pass. I don't recall all that much after that. That's the old age kicking in. This was my first time to Gilman. I loved it right away. A great place to see bands play. I do remember the show being a great deal of fun and that all the bands were great. It was my first time seeing most of the bands. I think Swiz left the more lasting impression. How could they not? Just listen to that greatness. Inside Out was their usual amazing self. Gorilla Biscuits were fun. It was a great show.
I know because I was there. 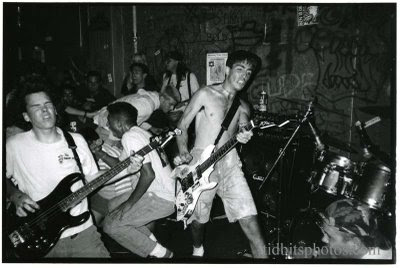 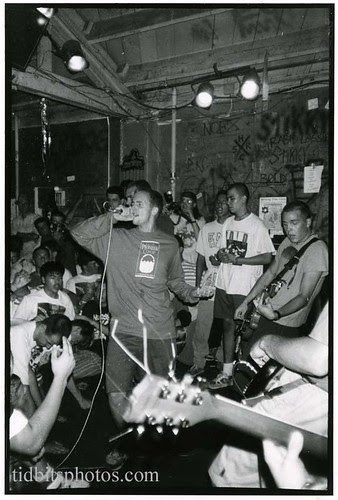 Gorilla Biscuits
Posted by D. Sine at 8:44 PM No comments:

I've been to a lot of shows and have seen a lot of bands. Sometimes at these shows, you get to see some silly stuff. One of the more silly that I've seen over the years was when I went to see Rocket from the Crypt's last east coast show which took place at the Hard Rock Cafe in Times Square back in 2005. It was near Halloween so there was theme to the decorations and all that. And since Halloween is the best holiday around, it made for a cool atmosphere. But for whatever reason, the organizers of this show decided to sex it up a bit by having some women in various go-go like costumes dancing it up before the show and between bands in front of a giant screen on which classic horror and sci-fi movies were being shown. There's been lots of silly things at shows that I missed making a photograph of, so this time I thought I'd catch the silliness on film. 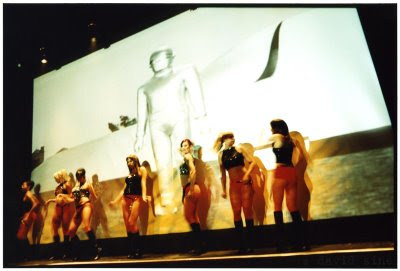 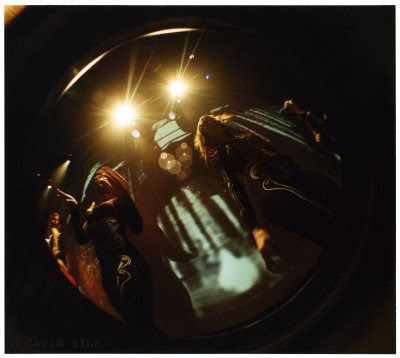 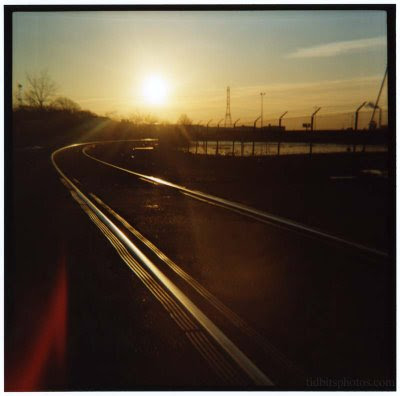 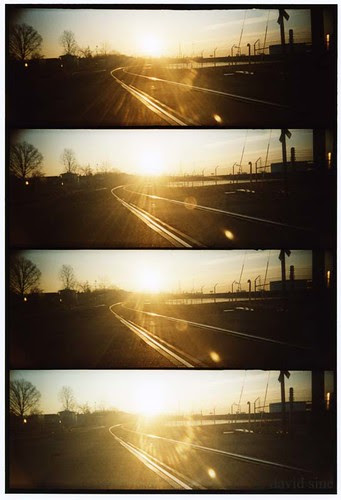 Sunrise over some train tracks.
Linden, NJ.
Feb. 2008
More shots of the same thing with two different cameras. The cameras being a Diana+ and a Supersampler.
Posted by D. Sine at 11:44 AM No comments: 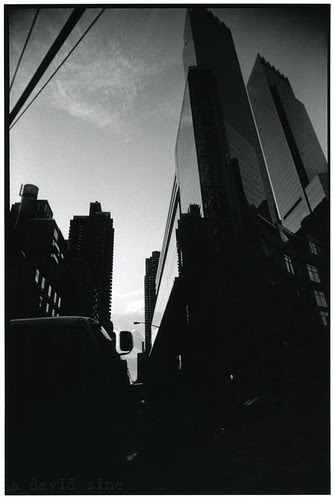 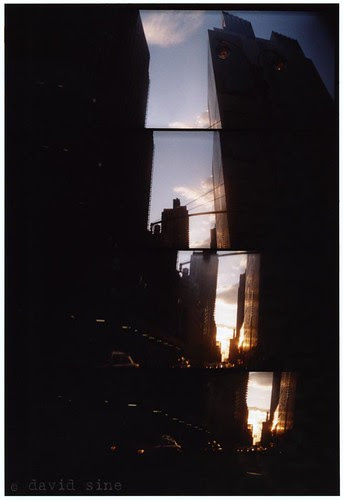 It's fun making photos of the same thing with two different cameras.
Posted by D. Sine at 10:19 PM No comments: 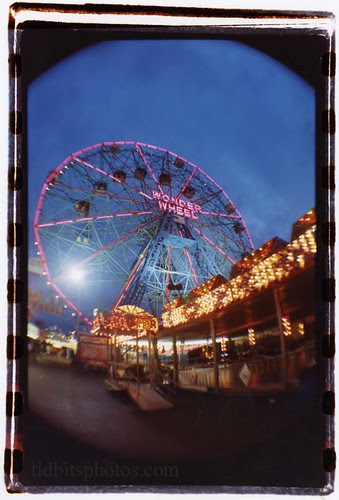 Pearls Before Swine, a great comic strip. Read it everyday here.
Posted by D. Sine at 12:30 AM No comments: