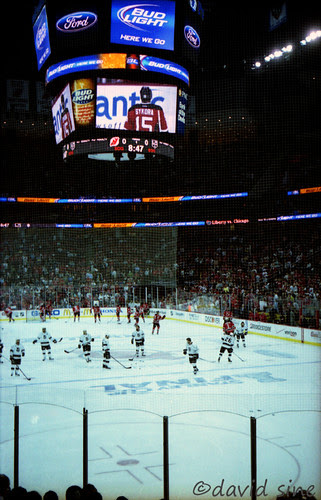 I've been slacking on putting up new blog posts lately. Part of the reason is the NHL playoffs that are currently underway. I'm a nerd for hockey and at this time of year I spend a lot of time watching, listening, or reading all things hockey. Last year's playoffs were the best for me. As the team I've rooted for for a great many years finally won the Stanley Cup. Just the thought of it brings a smile to my face even after a full year has passed. One of the great things about the L.A. Kings making it to the Cup finals was that, of all the eastern conference teams, they ended up playing the one that is closest to my house. Didn't even try to get tickets to the first two games, but heard some stories of people getting tickets cheap on the day of the games. So when Game 5 came around I browsed about the internet all day on the day of the game. Now, I've been to a lot of Kings/hockey games. Preseason, regular season, playoffs, outdoor preseason game in Las Vegas, but I've never been to a Cup finals game. So, this was a special quest, and because it was so special, I decided to spend a little extra money and try to get good seats for my friend and I. Luck was on my side. After a few attempts I was able to get really good seats, eleven rows up, for face value. The photo posted above, which was taken during warm ups, was my view of Game 5 of the 2012 Stanley Cup finals. It was great despite the arena being annoying loud and filled with horrible classless fans. (You heard me) It was a great game, and if the Kings would've have won, we would've been there to see them skate the Cup around. But that didn't happen. It was still a really good time. Go Kings!
Posted by D. Sine at 9:43 PM No comments: 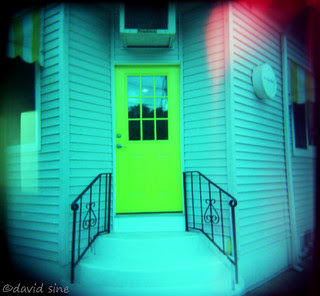