A few years ago my lovely wife brought home a new camera for my collection. The Polaroid Swinger Type 20. It's a cool looking camera but the bad news was that film hasn't been made for it since 1970. Despite the great commercial, this camera just didn't last long in the marketplace.

Somehow that great theme song just didn't cut it. It seemed like I would never find film for this camera, but I was happy with how it looked on the shelf. Then one day, the internet shined some light onto two rolls of film for this camera. I just couldn't pass it up. Despite the fact that the expiration date on the film was June 1967, I just had to give one of these a try. A little bit of research was followed up by ripping open the packaging and loading it into the camera. It didn't go too smoothly. Things that were supposed to stick together no longer stuck together, but I got the roll started none the less. I stepped outside into the sunshine, snapped a shot of a nearby tree. Went back into the house, pulled the film, and nothing. The first shot had no goop and basically just fell apart as I pulled it from the camera. I went back outside and tried it again. And again. About five more times. Each time nothing. Not that I was expecting much, but I did have some hope. I tired of always walking out to the tree, so the last few shots I just stood in the doorway and snapped a shot of the neighbors roof and some sky. Two shots, nothing. But that seventh shot actually had some goop. But it fell apart too quick for any development to take place. One last shot and one last trip to the sunshine. Snap. Push the blue button and pull the film. There was even more goop this time. I kept the pieces together by resting the camera on top. And that's when the little miracle happened. And actual image showed up. Very faint, but it's there. See for yourself. 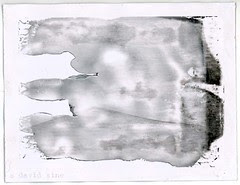 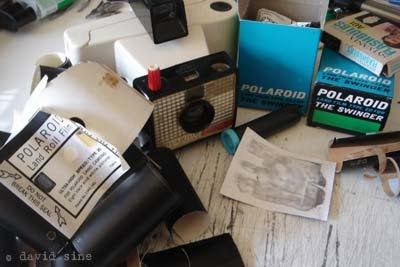 So, that's my Swinger story. I'm going to resist temptation and keep the other roll in it's packaging. However, if I ever find more of this film with a more recent expiration date though, that, I will load into the camera.
Posted by D. Sine at 6:21 PM No comments:

Sunrise on the Pond 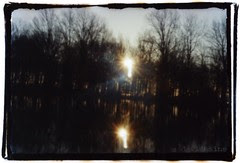 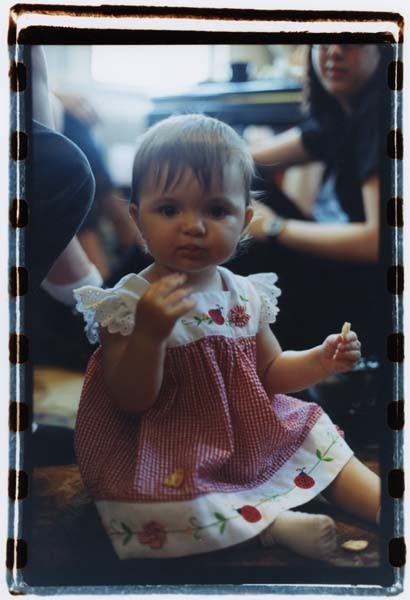 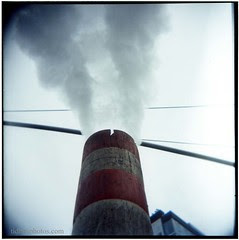 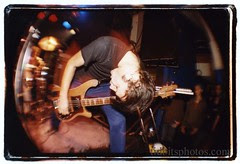 Milemarker at the Knitting Factory.
NYC.
I forget when I made this photo.

I always really liked Milemarker. A really good band that not a lot of people seemed to be into. I'll never forget the first time I saw them. They were playing with The Hives and International Noise Conspiracy. The Hives played and I thought they were boring, but the kids around me seemed to like them. Then came Milemarker. They were heavy, noisy, and totally rocked the place. Many of fans of The Hives took cover. Any band that can clear a room of people that like The Hives has got to be a good band. I loved it. 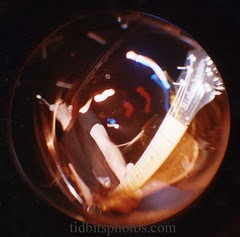 Milemarker at the Knitting Factory.
NYC.
From the same show as the first photo.
Posted by D. Sine at 6:00 PM 2 comments: