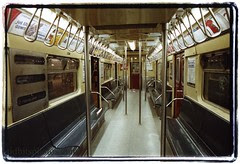 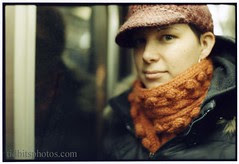 Thanks to my wife, family, and friends for being there and putting up with me all these years.
Have fun.
Posted by D. Sine at 1:52 PM No comments: 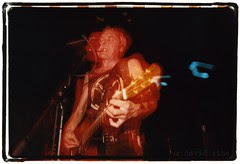 Back at some point in 2003 I was able to see TV Smith play live when he opened up some shows for my friends in the World/Inferno Friendship Society. TV played a good set of his solo stuff mixed with some great tunes from his days as frontman to the legendary Adverts. I've since seen TV on several occasions, but this photo was from the first time I saw him play. Fast forward to summer of this year and I'm seeing Franz Nicolay play at Union Pool in Brooklyn. Franz was a member of World/Inferno back when they toured with TV and if I remember right, he was pretty excited about it. Anyway, so a few weeks after the Union Pool show, I'm in the darkroom making prints, and this particular shot of Franz seemed a bit familiar. 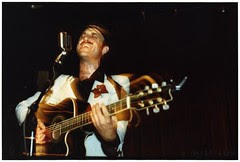 Franz Nicolay at Union Pool.
Brooklyn, NY.
August 2009.
Canon AE-1.
So now it's up to them to battle it out as to who has the better photo. Or they could just sing along together, like in this photo. 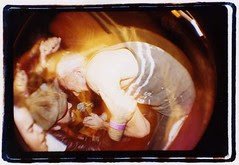 TV Smith at CBGB.
NYC.
I forget when I made this photo.
Canon AE-1. 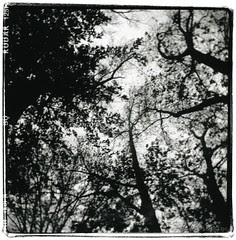 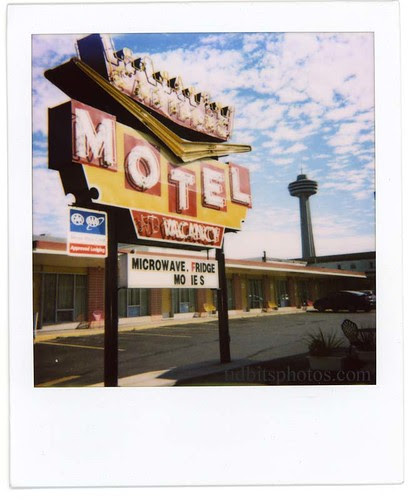 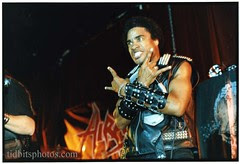 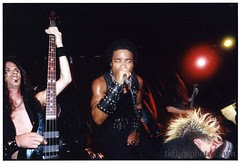 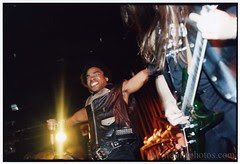 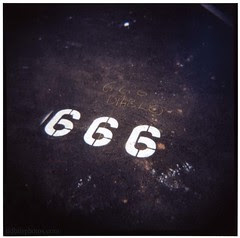 They redid a parking lot near Trader Joe's and made a spot just for the devil. How thoughtful.
Westfield, NJ.
March 2008.
Holga 120CFN.

Down by the River 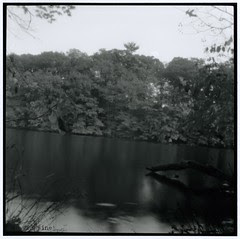 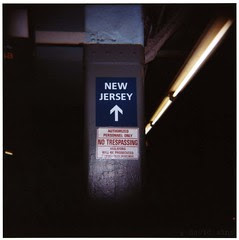 Just get authorization before trying to cross the state line.
Penn Station.
NYC.
May 2008.
Holga 120CFN.
Posted by D. Sine at 3:13 PM No comments: