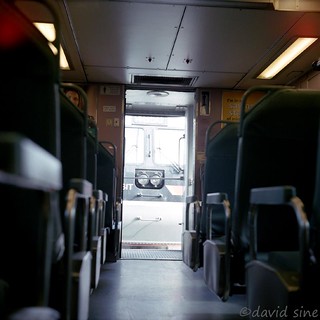 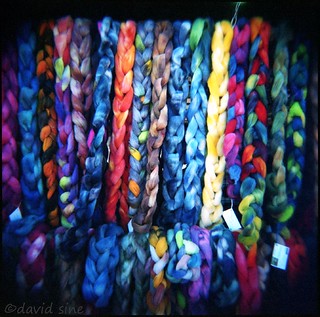 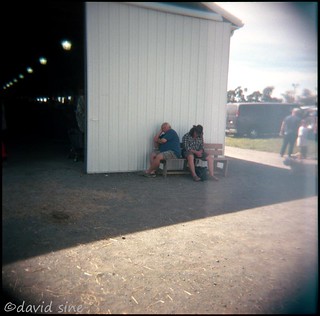 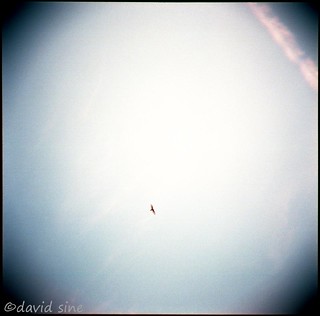 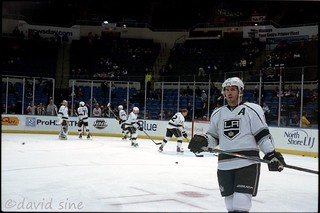 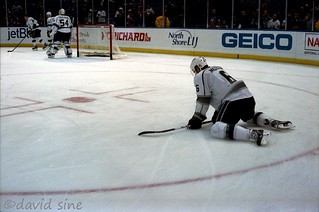 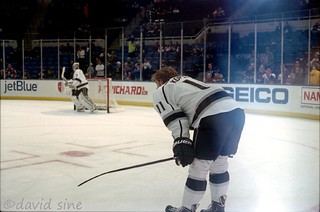 A while back, while wandering around one of those arts and crafts chain stores, I spied a wooden pencil holder. I picked it up and took a closer look. The size seemed just about right for a 35mm film canister to fit inside and the way the lid slid out would help against light leaks. So I bought this little pencil holder with the idea of turning it into a wide angle pinhole camera. And that is what I did. First thing I did was drill some holes in the top and bottom. The bottom holes were filled with a small dowel that would help hold the film canisters in place. The top holes were also filled with dowels, but these are removable so that I can reload film into the camera. Also, one of them serves as a film advance knob. Then it was time to darken the inside of the pencil holder by using black spray paint. Next, was to make the pinhole part. I Drilled a hole into the center of what would be the front of the camera. Made a pinhole in a small piece of aluminum then taped this into place and moved onto making a shutter. I made a crude little slide shutter with some scrap wood I had around. Oh, and I also added a level to it to try and help me keep things on the level. All that was left was to load it with film and give it a try. 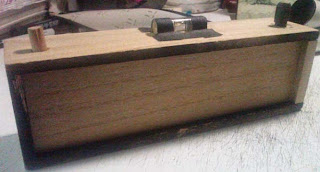 And that's just what I did. Exposed a whole roll of film, developed it, and got nothing. Nothing came out onto the film. What the fuck? Everything should have worked and I should have had some images on this roll of film. But I didn't. So why didn't it work. Now, one thing to remember is that I didn't put a whole lot of measurements and pinhole math into making this camera, so I obviously did something wrong. Or did I? Gave it a lot of thought and the conclusion I came up with is that there was too much space inside the camera, so that when light came in, it just disappeared into this wide open space. My theory was that the camera needed a little something to help focus the light onto the film. With that thought, I found a bit more scraps of wood, painted them black and added them into the camera and loaded it with another roll of film. 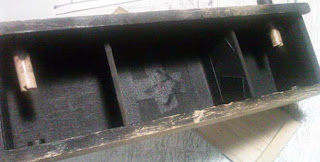 This time, I got some images on the film. Hooray. I'm a genius. Well, maybe not. The images were not the strongest. The negatives were kind of weak. Now, this could be due to the camera needing a little more help in focusing the light onto the film, or it was weak chemistry when I developed the film. (This roll was developed in a weekend where I developed twelve rolls and the chemistry was a little shady looking near the end.) Here's the images I made: 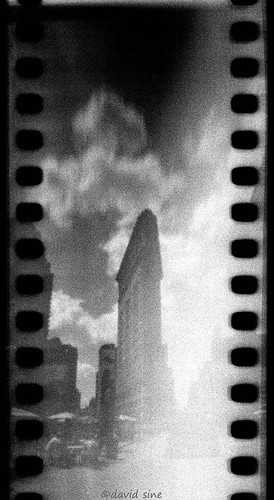 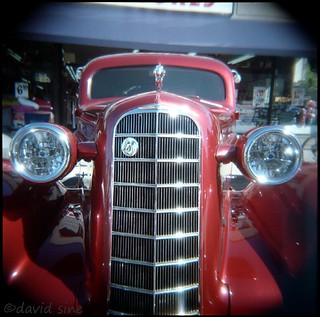 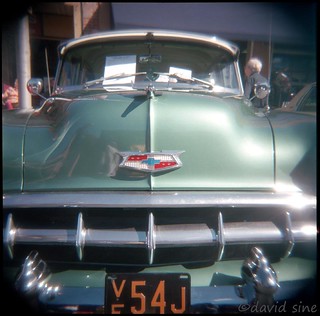 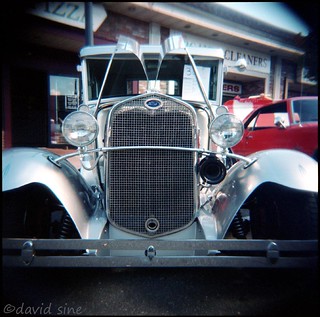 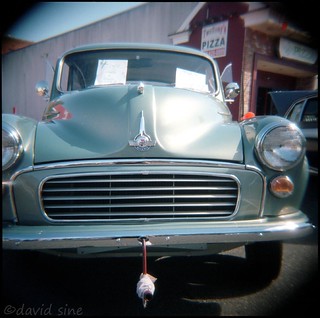 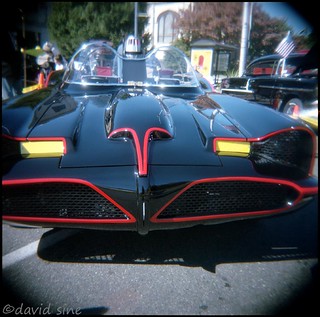 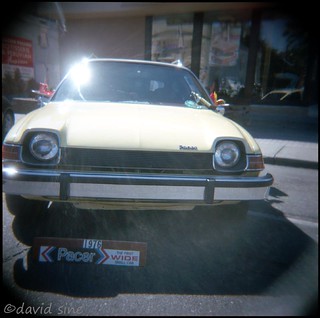 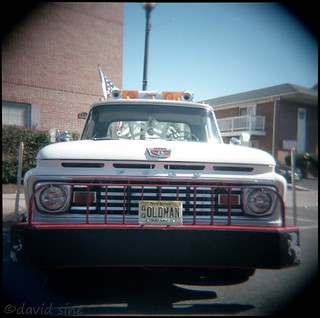