Should I Stay Or Should I Go 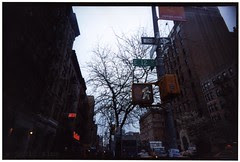 As I've mentioned here before, I'm a fan of pinhole photography. About a year ago I learned of an aspect of pinhole photography that I had never heard of before. It's called Solargraphy. It has all the regular aspects of pinhole photography, but the exposure time is way longer. Instead of measuring exposure times in seconds, with solargraphy, it's measured in hours, days, and even months. It took me a while to get going on starting my own solargraphy project, but I'm underway now. In fact, as I type this, I'm making two solargraphs. That's kind of cool. But let me go back to the start. I did a lot of research on this to get an idea of what I needed to get going on this project. One website, Solagraphy.com, gave me lots of info. It's pretty simple. Make a pinhole camera out of some sort of container, fill it with black and white photopaper, secure camera to an object, start exposure. I wanted to start with something a little bigger than a film canister, so I went with an old coffee can. 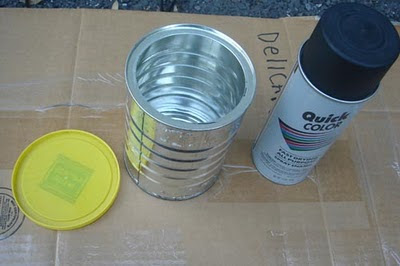 I painted the inside of the can to cut down on any chance of reflective light. 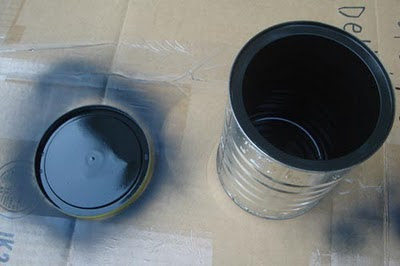 I then drilled a large hole in the can. I made the actual pinhole with an old pin and a bit of an old soda can and taped that over the drilled hole. Then it was lights out as I loaded the can with a sheet of black and white photopaper. Put the lid on the can. Turned the lights back on and sealed up the top of the can with lots of electrical tape. My cameras were now ready to be mounted. 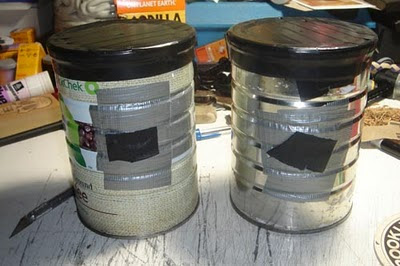 I found a spot in the rear of my place that faces the rising sun. 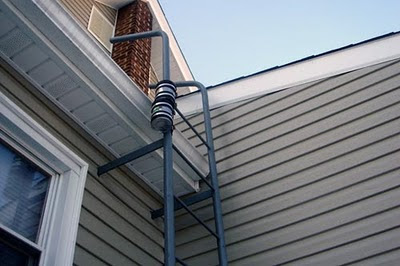 They've been up for a week now. I'm planning on keeping one of them up until around the summer solstice. One I'll take down earlier to get an idea of how it's working. I look forward to seeing the results and I'll post them here. If you can't wait until that long to see a solargraph, check out this group on the flickr.
Posted by D. Sine at 11:26 PM No comments: 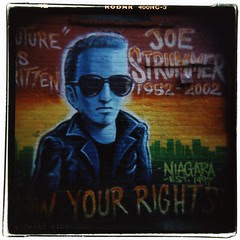 I try not to believe in heroes because, after all, we're all flawed humans. I also try not to have regrets in life. When I fuck up, I try to use that as a learning experience of what not to do in the future. But, when it comes to Joe Strummer, these two little "rules" in my life go out the window. The Clash struck a strong chord in me at an early age and has stuck with me all these years. Joe Strummer stuck out to me. He seemed to speak to me like a friend. He also seemed to speak for me to the rest of the world. As the Clash fizzled away, I loosely followed Joe as he got lost in the "Wilderness Year" and eventually refound his way. Sometime in I think 1999, I saw an ad in the Village Voice for a show Joe was going to play at Irving Plaza. I had to go. Since I had missed out on seeing the Clash, going to this show was a big deal for me. I wasn't alone in this. The place was packed. Punk Rock All Stars from years past mixed with kids of all ages for their chance to Joe play on stage. I got chills when he stepped on stage. It was a great show. After that show, I tried to see Joe every time he and his band passed through NYC. One of these shows was an in store appearance at a record store in Times Square. I had to go. I rushed to the train after work and then rushed uptown to the store. I wormed my way near the front as this was going to be my first and best chance to get photos of Joe in an intimate environment. They played a short set of new songs. Sounded great. After the set, Joe hung out for a signing session. A very long line formed in a flash. I thought about joining the line. But, I was really really hungry by now. I didn't really want his autograph, I just wanted to shake his hand and thank him for the years of great music that had such a positive and profound impact on my life. As my belly grumbled, I made the decision to go get food then go home. Seven years ago, Joe passed away. And that decision became a great big regret. I never got another chance to meet him. His music still lives on in me and still makes my life better and I'm still thankful for that. Just wish I could have told him. 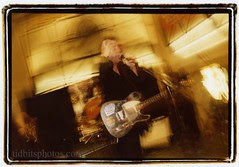 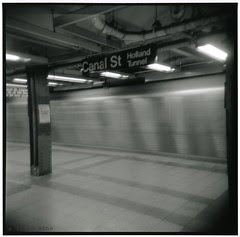 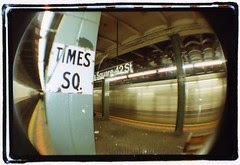